Proving once again that “if it ain’t nailed down, someone will take it”…

A burglar’s break-in attempt was cut short by a Lincoln Park homeowner’s alarm system, but his efforts were not wholly fruitless: He *did* manage to steal the victim’s screen door.

Video of the May 1st burglary was sent to us by the homeowner on Sunday afternoon.

“He broke into my condo at 8 p.m. by jumping a gate to our backyard and using some sort of tool to remove the screen and pop open our back patio window,” the woman said. “He ran away after hearing our alarm, jumping our back gate and taking the screen with him.” 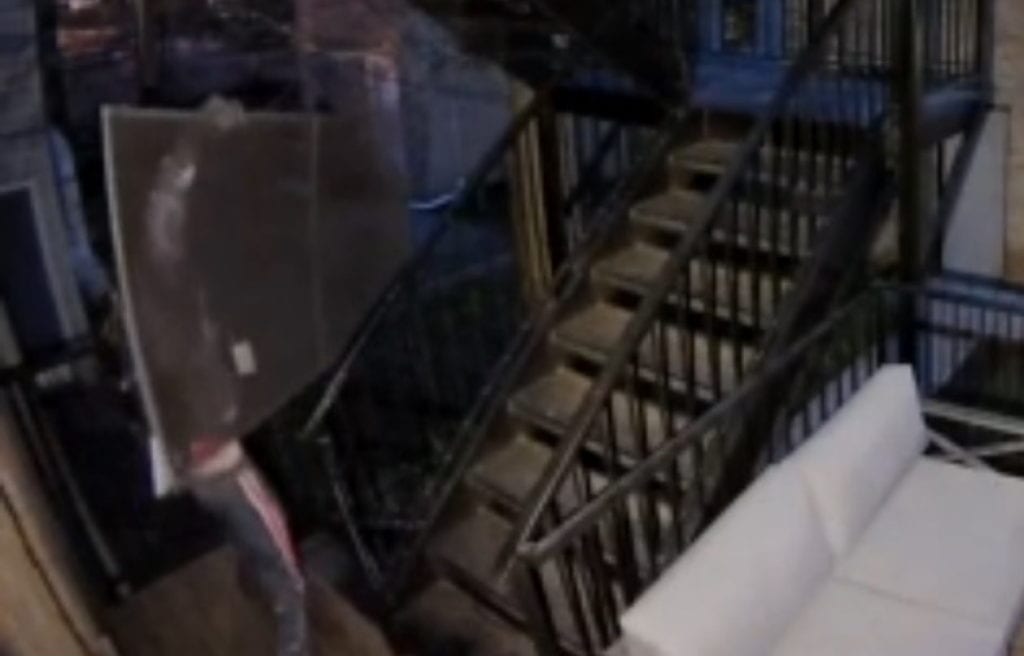 The victim has been sharing the video on local social media pages, “but I wanted to share with you to ensure this does not happen to anyone else.”