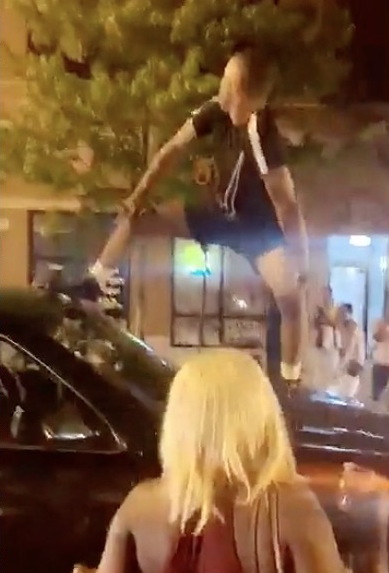 A crowd of at least two dozen men and women overtook Halsted Street in Boystown early Saturday, dancing on cars and obstructing traffic as video cameras rolled and one onlooker proudly screamed, “We f*cking sh*t up!”

One man mounts an SUV in the 3300 block of North Halsted as others block the vehicle’s path. The man begins “twerking” on the hood, jumping up and down, then slams himself onto the hood.

“We gone crazy! Say something to the camera baby!”

The incident was reported to police at 2:57 a.m., but no arrests were made.

A second video that was temporarily posted to Twitter shows other drivers backing up on Halsted Street to avoid the crowd. Some drivers chose to zoom through the crowd instead. CWBChicago has posted the video below with permission.