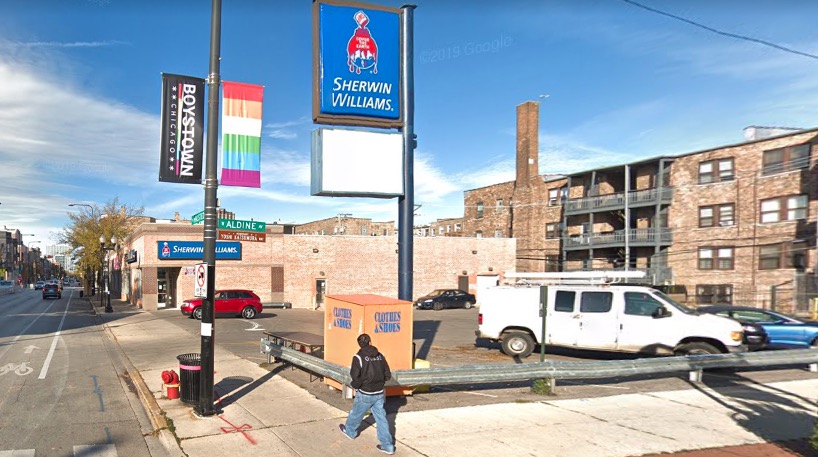 A Chicago Heights man was stabbed in the head during a robbery on Boystown’s Halsted Street bar strip early Sunday morning, police said. An accomplice reportedly bit another man on the lip and knocked him in the head with some type of hard object that was hidden in a bag. No one is in custody.

The incident was one of several disturbances that broke out around the same time as the neighborhood’s early bars closed at 3 a.m. and crowds lingered on Halsted Street following the first day of the annual PrideFest celebration.

Police said the 19-year-old robbery victim was standing in the 3400 block of North Halsted around 3 o’clock when two offenders attacked him and took a fanny pack that was lying at his feet. The victim followed the men south until a second incident unfolded in the Sherwin Williams parking lot at 3311 North Halsted, according to police.

There, one of the robbers accused the victim of taking his property. The offender then began beating the victim and stabbed him in the head and forearm, according to a police spokesperson.

The second offender attacked a 25-year-old man in the parking lot, striking him in the head with a bag containing a hard object and biting him on the mouth, the spokesperson said.

Both victims were transported to Advocate Illinois Masonic Medical Center. The 19-year-old was treated for cuts to his temple, eyebrow, and forearm, police said. The other man was treated for a laceration and bruising on his eye.

Police said the man with the knife was black, about 5’5”, and 120 pounds with a short cornrow hairstyle. He was wearing a black t-shirt, Champion-brand sweats, black shorts with a white stripe on the sides, and white shoes.

The second offender was a black male in his early 20’s who stands about 5’8” tall and weighs 140 pounds. He was wearing a tee shirt and blue jeans.

At least one person was arrested after a fight broke out in the street at Halsted and Roscoe. Social media video captured images of another disturbance on the sidewalk and in the road just south of Halsted and Buckingham.