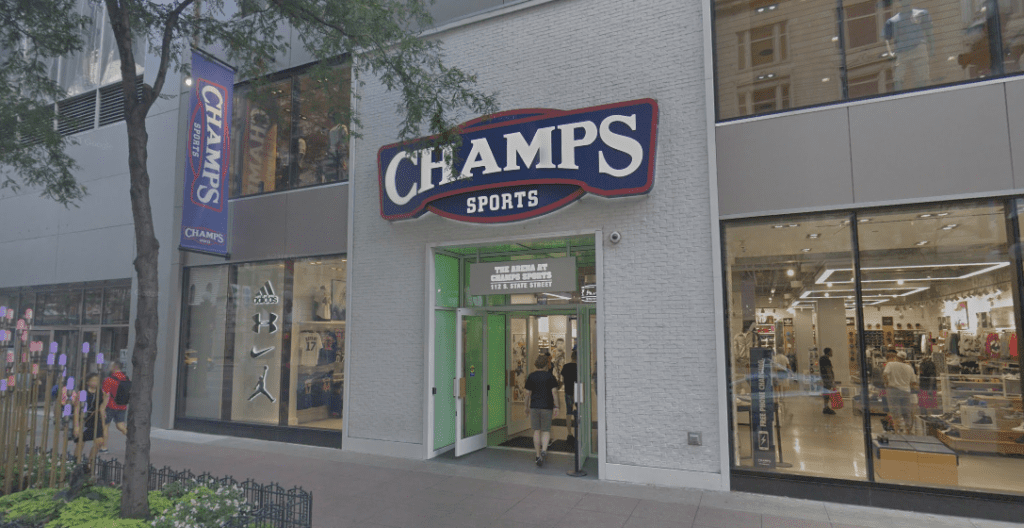 A three-man shoplifting crew threatened an employee with a gun as they ran from a Loop store with dozens of sports jerseys stuffed into oversized bags on Thursday afternoon. No one is in custody.

Police said the men entered Champs sporting goods at 112 South State around 4 p.m. and started stuffing jerseys into large bags. One of the men pushed a 25-year-old woman to the ground, flashed a gun in his waistband, and said, “I’m PD” when she tried to stop the thieves from leaving. She was not seriously injured.

No estimate of the store’s loss was given, but an employee who called the incident into 911 said the men took “all the jerseys.”

Two of the offenders fled into the nearby Monroe Red Line station while another was last seen walking through an alley near Dearborn and Adams with another man. Employees who followed the men into the Red Line were able to pick up a few pieces of merchandise that were apparently dropped as the men fled.

Witnesses and police described the offenders as three black men between 25- and 30-years old who were carrying large bags. The two who fled into the Red Line are about 5’8″ tall. One wore a dark gray jacket and the other wore a multi-colored jacket. The man who flashed the gun and was seen entering the alley is about 6-feet tall, wore a silver jacket, and was carrying a large H&M shopping bag.