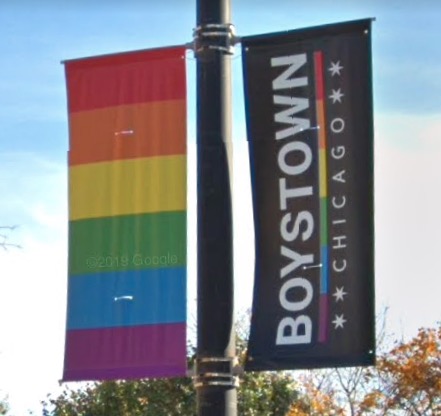 Four people who refused to buy drugs from a couple on the street in Boystown early Sunday were then threatened with a handgun, police said. Charges have been filed.

The four victims were walking southbound in the 3500 block of North Halsted at 4:05 a.m. when a 17-year-old girl and 21-year-old Christopher Battie approached them and asked if the group wanted to buy drugs, police said.

Battie lifted up his shirt and displayed a handgun when the four victims declined the offer, police said. He reportedly then handed the gun to the teen as the couple walked away southbound.

The victims flagged down a passing patrol car and officers detained the girl near Halsted and Cornelia minutes later. Police said they found a handgun in her possession. Battie reportedly fled when police detained the girl, but officers caught up with him nearby. Both suspects were identified by the victims as the people who assaulted them, according to a police spokesperson.

Prosecutors charged the girl with felony aggravated unlawful use of a weapon without a Firearm Owners ID card. Battie, of south suburban Harvey, is charged with four misdemeanor counts of aggravated assault with a deadly weapon. He is due in bond court on Monday.

Support CWBChicago’s reporting team with a monthly or annual subscription. Members-only perks await!
———-
Email      Facebook       Twitter       YouTube
About CWBChicago 4360 Articles
CWBChicago was created in 2013 by five residents of Wrigleyville and Boystown who had grown disheartened with inaccurate information that was being provided at local Community Policing (CAPS) meetings. Our coverage area has expanded since then to cover Lincoln Park, River North, The Loop, Uptown, and other North Side Areas. But our mission remains unchanged: To provide original public safety reporting with better context and greater detail than mainstream media outlets.
Website Facebook Twitter YouTube