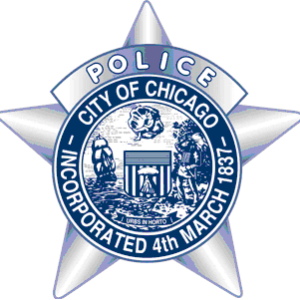 Police have issued two community alerts to warn residents of burglary patterns in Lincoln Square and in Lakeview’s Wrigleyville and Boystown neighborhoods.

Detectives typically release alerts when they believe that an individual or group is responsible for a series of crimes.

In Lincoln Square, a burglar has been forcing his way through front and rear doors during daytime hours to steal property from homes, the alert said.

Three break-ins have been connected to the pattern, including one last Thursday in which the thief got away with two handguns from a home in the 4400 block of North Rockwell.

Police say the burglar targeted another home on the same block of Rockwell the same morning and a home in the 4300 block of North Paulina on June 6th.

The burglar is a black male with short hair who stands 5’10” to 6-feet tall and weighs 230 to 270 pounds, according to the alert. During the Rockwell break-ins, he wore a light blue shirt, a lighter-colored undershirt, and dark jeans. Video showed him carrying a dark book bag and appearing to be clean-shaven.

Meanwhile, a separate alert has been issued after investigators connected two recent incidents in Boystown and neighboring Wrigleyville. A burglar in those neighborhoods is entering homes through open windows during the evening and overnight hours, according to the alert.

On Friday, July 12th, two residents of a garden apartment in the 700 block of West Irving Park woke up and discovered their home had been burglarized while they slept. Police said no force was used to enter the apartment. Investigators were working to determine if the incident is connected to the Cornelia and Newport incidents.

Anyone with information about either crime pattern can contact Area North detectives at 312-744-8263. The Lincoln Square pattern number is P19-N-182. The Lakeview pattern is P19-N-178.