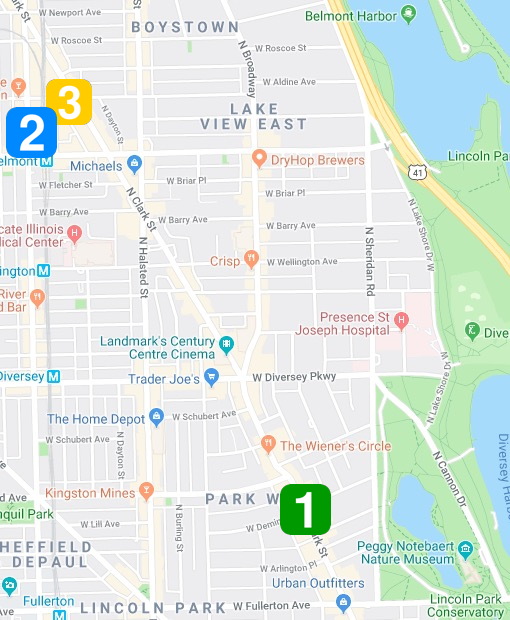 Chicago police have issued a community alert that warns of a robbery pattern near the Belmont Red Line station and nearby Lincoln Park. The department typically issues warnings when investigators believe a series of crimes have been committed by the same person or group.

Men walking alone at night have been targeted in three robberies that detectives believe may form a pattern. Two men have been robbing the victims on sidewalks in the area, the alert said.

Three incidents are connected in the alert:

CWBChicago published a report of the Wilton hold-up on Tuesday. The victim said he was walking in the 3200 block of North Wilton when two men approached him from behind and punched him in the face. Both robbers went through the man’s pockets and took his property before running from the scene, the victim said.

A security guard at the nearby CTA station detained a suspect after the robbery, but the victim was not able to identify the man. He was subsequently released.

The offenders are described in the alert only as two African American men.

Anyone with information about these crimes may contact Area North detectives at 312-744-8263.