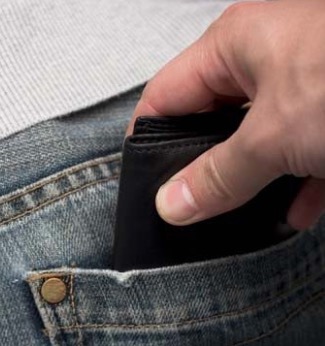 Pickpockets stole property from at least six women in Boystown-area bars over Pride Parade weekend, police said late Monday in a community alert. The thefts came one week after more than 30 people lost phones and other property to pickpockets while attending the neighborhood’s annual Pride Fest.

CWBChicago told you about the Pride Fest theft spree on July 2nd.

Police said one or more thieves targeted female victims inside nightclubs and bars on parade weekend, June 28, 29, and 30th. In every case, the women did not immediately realize that property had been taken from their possession.

The community alert did not say how the thieves managed to get so close to their victims, but many pickpockets like to work on dance floors where victims may not pay attention to random bumping and touching.

One of the thefts was committed by a Hispanic man in his mid- to late 20’s who stands 5’10” tall and weighs 200 pounds, according to the alert.

Detectives usually release community alerts when they believe a series of crimes have been committed by the same person or group.

Anyone with information about the thefts can contact Area North investigators at 312-744-8263 about pattern P19-N-175.

CWBChicago reported last week that at least 35 people lost phones and other valuables to pickpockets during Pride Fest weekend in Boystown on June 22nd and 23rd. Records show that twenty-seven of the thefts took place inside the festival grounds during operating hours. Sixteen of the thefts took place between 5 p.m. and 7:30 p.m. on Saturday alone.

Another four pickpocket thefts were reported between 1 a.m. and 3:30 a.m. on the 23rd inside bars on the 3300 and 3400 blocks of North Halsted, the heart of Boystown’s nightlife district.

Two people were charged in connection with disputes that arose from accusations of phone theft at the festival, but no one has been charged with actually stealing any property at the event.

Other reports from the festival said that a ring of thieves was placing stolen phones in their crotch areas. At least one suspected thief then claimed that private security guards had touched them inappropriately while searching for a stolen device. Companions of the alleged thief recorded the purported “abuse” on their phones as part of the ruse.

Word of widespread phone thefts began to emerge while the festival was still underway. One Lakeview resident told a neighborhood chat group that he stopped into a local phone store and saw several people getting new phones after theirs were stolen at Pride Fest.