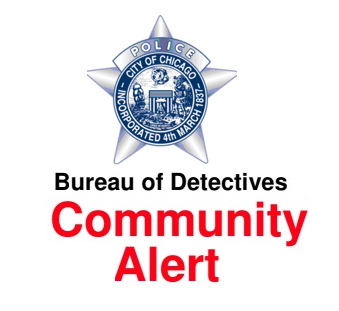 A series of afternoon and evening robberies near the Sedgwick Brown Line station has prompted Chicago police to issue a community alert for the Old Town neighborhood.

Investigators issue an alert when they believe a person or group is responsible for a crime pattern.

Three robberies were reported near the Sedgwick station on two recent Sundays: one on the afternoon of July 14th and two on July 21st during evening hours, police said.

Each case involved two men who forcibly took phones from victims’ hands in the 1500 block of North Sedgwick. A gun was displayed by the robbers during one of the July 21st muggings, police said.

The offenders are two black men between 18- and 25-years-old who stand 5’8” to 6-feet tall and weigh about 175 pounds, according to the alert.

Anyone with information about these crimes may contact Area Central detectives at 312-747-8380.