A Rogers Park woman was beaten and sexually assaulted by a man who followed her home from the Morse Red Line station early Tuesday, police said. Investigators released surveillance images of the attacker late last night in an effort to track him down. 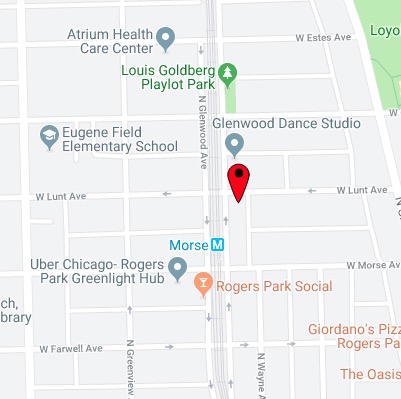 The man followed the 26-year-old for about a block and entered her apartment building on the 1300 block of West Lunt around 1:30 a.m. He then struck her face repeatedly and sexually assaulted her in the lobby.

An ambulance transported the victim to St. Francis Hospital in Evanston for treatment.

A community alert issued Tuesday night included CTA surveillance images of the man. Police said he is in his 20’s, stands 5’7” to 5’10” tall and has a skinny athletic build. He was wearing light brown suede dress shoes, an oversized red and maroon backpack, and a black leather jacket with “Tin Cup” on its upper right sleeve.

Area North detectives are investigating. They may be reached at 312-744-8261 about case number JC-340802. Information may also be submitted anonymously online at tipsoft.com