An attempted armed home invasion in the Lakeview neighborhood on Sunday afternoon is under investigation by Area North detectives.

A 22-year-old woman reported that she was followed into her high-rise apartment building on the 400 block of West Belmont shortly after 4 p.m. The man pulled out a steak knife as they neared the victim’s sixteenth-floor apartment, but he ran away when the woman got the attention of her boyfriend inside the residence, police said.

Police described the offender as a black man between 40- and 50-years-old who stands about 5’8” tall, weighs about 155 pounds, and has a chipped front tooth. He was wearing a black shirt and a gray baseball cap with lime green lettering. 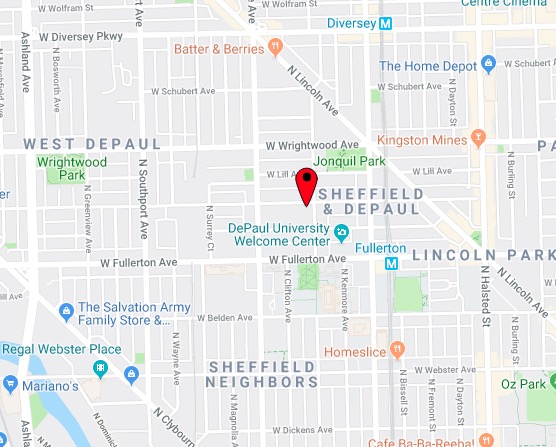 A Lincoln Park woman reported seeing an unknown man standing on her fourth-floor balcony Sunday morning, and she says it’s not the first time he has been there.

Police responded to the 2400 block of North Seminary around 7:50 a.m. after the woman said the man was looking through her window and trying to get in the door. The woman’s boyfriend chased after the man and the woman even rode a bicycle to try to catch up with the offender’s getaway car. But he managed to slip away.

According to the victim, it’s not the first time the man has tried to get into the apartment. She says he’s been seen on the porch before, sometimes taking time to pleasure himself.

Video images showed the suspect to be a Hispanic man in his 30’s who has stands about 5’8” tall and has an average build. His hair is short on the sides and longer on top. There are several tattoos on his arm. On Sunday, he was wearing a long-sleeve gray shirt and blue jeans with a ripped knee. The woman told police that the man left the scene in a light gold-colored minivan that has a large dent on the back driver’s side.

Three teenagers robbed a woman as she rode the Red Line into Lakeview on Saturday, according to police. The victim was on a southbound train when the three males took her phone by force around 5:15 a.m.

Police reviewed surveillance video that showed the offenders getting off the train at Sheridan and then turning onto Dakin Street.