A hate crime investigation is underway after anti-black, anti-Semitic, and other graffiti was found last Thursday in Wicker Park, Chicago police said. No one is in custody.

Around 4:30 p.m., a 35-year-old man discovered a swastika, the words “burn Jews,” and the phrase “f*ck n*ggers” spray-painted on his garage in the 1900 block of West Evergreen, according to police and a photograph of the garage that was provided to CWBChicago. 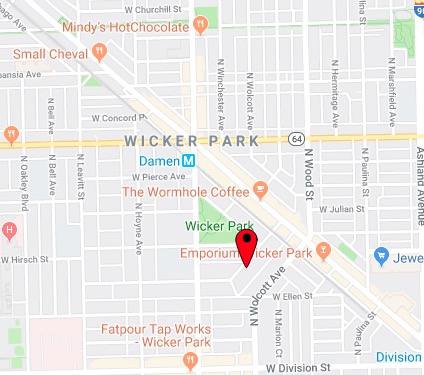 Officers subsequently learned of two additional defacings on the same block. A 32-year-old man reported that someone defaced his vehicle with spray paint, and a 38-year-old man said his garage had also been marked with graffiti.

An image of the vehicle provided to CWBChicago showed a smiley face painted on its rear window. It was not immediately known if there were additional markings. Investigators were still trying to determine the message intended by the second garage incident, a police spokesperson said.

Officers found a can of gray paint nearby and collected it as evidence, according to the CPD spokesperson.

Police said a witness saw two males between the ages of 14- and 25-years-old in the area around the time of the crimes. No further description of the suspects was available from police.

—————–
Support CWBChicago’s reporting team with a monthly or annual subscription.
———-
Email      Facebook       Twitter       YouTube
About CWBChicago 4360 Articles
CWBChicago was created in 2013 by five residents of Wrigleyville and Boystown who had grown disheartened with inaccurate information that was being provided at local Community Policing (CAPS) meetings. Our coverage area has expanded since then to cover Lincoln Park, River North, The Loop, Uptown, and other North Side Areas. But our mission remains unchanged: To provide original public safety reporting with better context and greater detail than mainstream media outlets.
Website Facebook Twitter YouTube