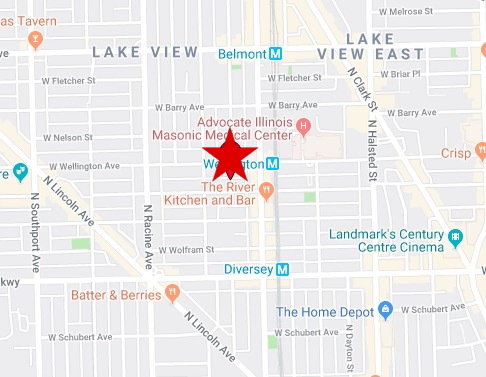 UPDATE AUG. 2ND — The Cook County Medical Examiner’s Office has identified the victim as Joseph Ruta. No home address was listed for Ruta.
——–
A 56-year-old man was apparently lying in a Lakeview alley when an SUV struck and killed him on Thursday morning, according to police. The driver of the vehicle did not stop.

Emergency personnel went to an alley in the 1000 block of West Oakdale for a “man down” call around 11 a.m., according to a CPD spokesperson. The injured man was taken to Advocate Illinois Masonic Medical Center where he died later in the day, police said.

A witness said the man was lying in the alley near a chair and a bottle of liquor, leading to speculation that he may have been homeless.

Police who reviewed surveillance video from nearby residents identified the striking vehicle as an SUV that is registered to an address on the same block. No one had been arrested or charged as of late Thursday night.