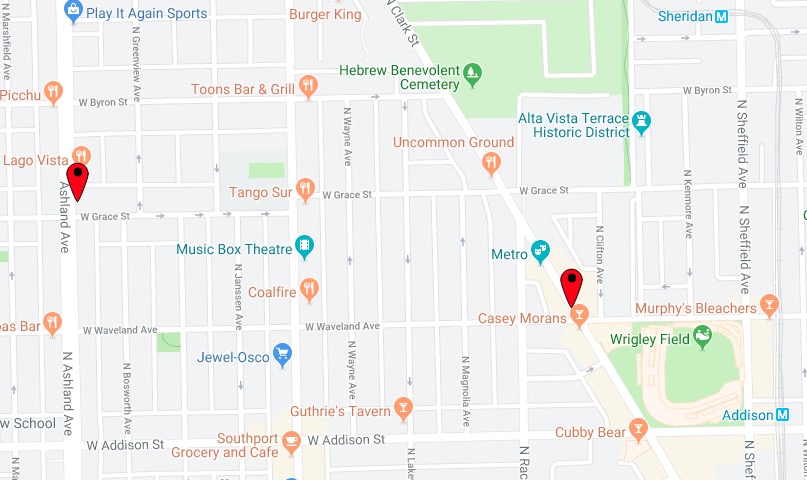 Police are investigating two robberies reported in the Lakeview neighborhood this week.

Most recently, a 28-year-old man was mugged near Wrigley Field on Thursday evening, police said. The victim was in the 1100 block of West Waveland when three strangers approached him and struck up a conversation around 9:35 p.m. Police said the offenders suddenly began punching the man in the head and body and then threw him to the ground where he was robbed of his wallet.

Police said the victim suffered scrapes to his face and bruising on his hands and arms, but he declined medical attention.

While the victim spoke with police, one of his credit cards was used at a convenience store located across from Wrigley Field.

The robbers were described as three young black males, one of whom had a red backpack or red shirt. No one is in custody.

A Lakeview woman was reportedly robbed at gunpoint as she prepared to enter her home early Monday, Aug. 19. Police said the 21-year-old was at the front door of the residence when two men approached her from behind on the 3800 block of North Ashland around 12:45 a.m.

The men pulled on the purse that was on her shoulders, and the woman fought back until one of the men displayed a handgun and ordered her to let the bag go, police said.

Both robbers then ran to a white or silver four-door sedan and fled northbound on Ashland. The woman was not injured.

Police said the offenders were described as two black males in their 20’s, one of whom wore a black top with jeans and another who wore a red sweater with jeans.

The victim’s credit card was used at a gas station about 20 minutes after the robbery.