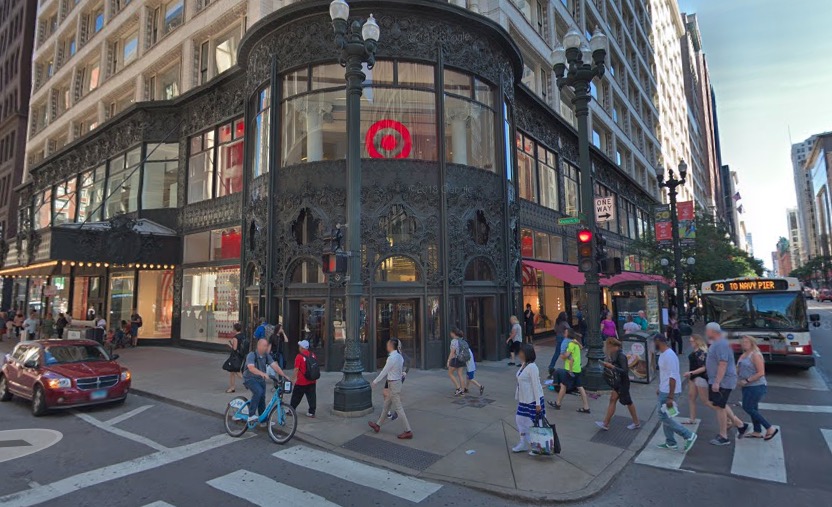 A repairman assigned to fix a jammed ATM in the Loop on Sunday night wound up finding a skimming device on the cash machine, police said. It is the third skimmer found in the downtown area since July 1st.

Skimmers are small devices that criminals plant on ATMs and gas pumps to secretly capture users’ banking information and PINs. After allowing the sneaky contraptions to collect data for a while, fraudsters return to the ATM, collect the skimmers, and then create counterfeit debit cards using the captured data.

Shortly after 9 p.m. last night, a technician summoned police to the Target store at 1 South State after he found a device on the store’s malfunctioning ATM, police said. Officers recovered the skimmer and detectives are now investigating.

Police records show that skimming devices were found on cash machines at a convenience store in the 400 block of North Michigan on July 15th and at a store on the 300 block of East Ohio on July 31st.

Anyone who used an ATM at those locations in the days leading up to the devices’ discoveries should check their bank accounts for suspicious activity.

This video from an Atlanta TV station shows you precisely what a skimmer looks like in action—and how you can avoid falling victim to one.

“If you use an ATM in a bank after hours, you can use any card with a magnetic stripe to enter the vestibule. Use an expired card,” she suggested. “Then, before you put your real car in the machine, pull on EVERYTHING!! The keypad, the slot that you put your card in, etc. Nothing should come loose. If it does, call the police or alert the bank. Last but not least, cover your hand when you enter your PIN.”