Here’s a rundown of some court resolutions for cases you may have read about on CWBChicago.

A judge has sentenced four men to relatively long prison sentences for tazing, kicking, beating, and robbing a 43-year-old man in a Loop parking garage in December 2018.

The victim was entering his car in the garage at 801 South Financial Place when the group pushed him to the ground and began kicking him. The robbers then tased the victim on his lower back and demanded his property, police said.

Responding officers recognized the robbery offenders’ descriptions from an earlier call about a group of men wiggling doorknobs in a nearby apartment building. Armed with the descriptions, police located the robbery suspects near the Walgreens at 501 West Roosevelt Road. A Taser was recovered during the arrests.

Prosecutors dropped five felony counts of aggravated battery that had been filed against each man as part of a plea deal.

A career burglar and thief has been sentenced to 4-1/2 years in prison for a Wrigleyville burglary that he committed while awaiting trial for eight Boystown package thefts in February 2019.

Prosecutors charged Gordon with the package thefts after he was allegedly caught stealing parcels in Lakeview during Christmastime 2018.

Two months later, while he was still awaiting trial on the package thefts, a police tactical unit recognized Gordon when they saw him walking out of a home on the 3800 block of North Sheffield.

Officers said they knew Gordon did not live in the home that he walked out of, so they kept an eye on him as he walked down the street and used a credit card to pry his way into another residence.

Cops arrested Gordon inside the second home and allegedly found several bottles of cleaning fluids in his duffle bag. When the cops returned to the first home that they saw Gordon walking out of, they found an empty Amazon box with a receipt for the cleaning products, they said.

The same police officers arrested Gordon two months earlier after a witness reported seeing him stealing packages in the 3400 block of North Broadway. Gordon was opening a box that contained a woman’s fur vest and a woman’s green knit sweater. He told officers he stole that box and seven others because he wanted something for Christmas, officers said.

In addition to the collection of boxes, police said Gordon was also carrying another man’s MasterCard, another person’s insurance card, and a set of keys that he said he “found on the street.”

According to state records, Gordon has been repeatedly sent to prison and released early to commit more crimes. Among the sentences he has received over the years are:

Prosecutors dropped all charges against two men who were accused of scaling more than 72 floors of a construction crane at the Vista Tower project in June.

Danial Pierce, 28, of Plainfield and 28-year-old David Gonyea of Aurora were arrested when they returned to the ground after allegedly climbing hundreds of feet into the air on the side of the skyscraper at 345 East Wacker Drive.

A Snapchat user captured video of two men climbing a crane structure at the site.

Both men had been charged with one count of misdemeanor reckless conduct and one count of criminal trespass to land.

You can support CWBChicago’s start-to-finish tracking of important court cases by becoming a subscriber today! 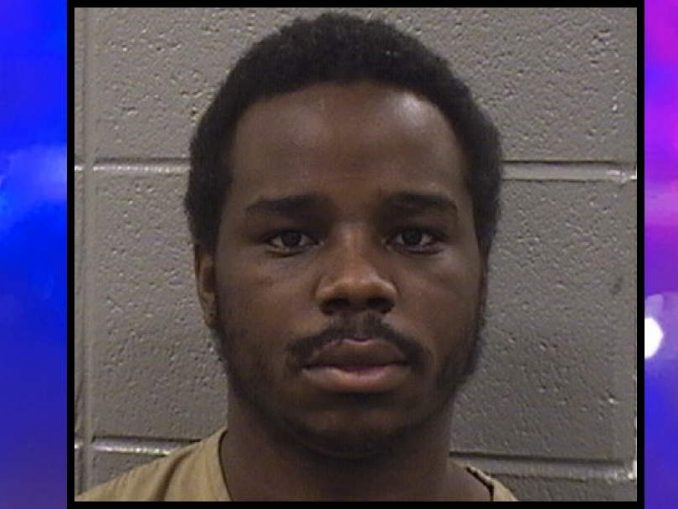