A second Chicago man was charged Thursday with murdering his own friend during the botched robbery in Rogers Park on May 3.  Isaias Salas, 20, faces two counts of murder and one count of discharging a firearm causing bodily harm during a robbery. Judge Susana Ortiz ordered him held without bail.

Julbert Hernandez, 21, suffered 18 gunshot wounds during the incident, which unfolded just after midnight on May 3, according to prosecutors. Another man, Isaiah Cardona, was charged in August.

Hernandez, Salas, Cardona, and another man who remains at large hung out that night. Hernandez drove the group to Salas’ home in the 7400 block of North Wolcott, and the carjacking attempt began as they exited Hernandez’s vehicle, prosecutors said. Salas began punching Hernandez, and Cardona then chased after him.

When Hernandez and Cardona circled back and started running toward the car, Salas put on a black mask and began shooting, striking Hernandez and, unintentionally, Cardona, prosecutors said.

Salas and the person who remains at large ran into a nearby CHA building where they share an apartment. Cardona initially told police that he didn’t know Hernandez and that he was shot while attempting to break up a fight between Hernandez and a stranger.

As Cardona sat in a grassy area, police noticed that a wallet and phone had appeared next to him in the grass—a spot that was clear before he sat down, according to prosecutors. The phone and wallet belonged to Hernandez.

Investigators allegedly found messages on the at-large suspect’s Facebook account that said the shooting was a robbery that “went sideways” and conversations about Hernandez’s vehicle and plans to commit the hijacking.

Salas has never been arrested before. 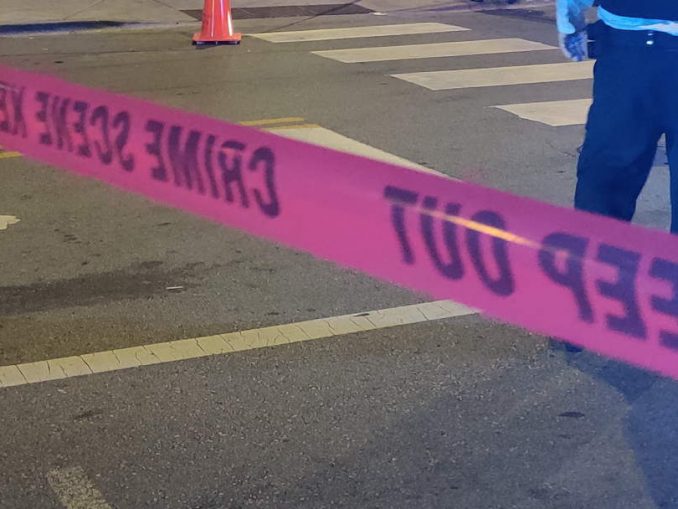