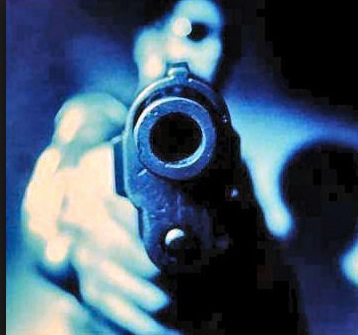 Chicago police responded to three robberies at gunpoint in less than 30 minutes Monday night—one in Lakeview, one in Lincoln Park, and one in North Center. A suspect is in custody.

The first sign of trouble came around 10:40PM when a man told police that he was robbed of his phone and wallet by a gunman near Southport and Henderson in Lakeview. He described the offender as a Hispanic man with a teardrop tattoo under one eye who wore a black hoodie and beige shorts. The gunman carried a chrome semi-automatic.

Then, at 10:55PM, a victim lost a laptop, Kindle, and cell phone to a robber who was armed with a silver handgun in the 1800 block of W Roscoe. The offender was said to be a white or Hispanic man in a black hoodie.

Finally, just after 11PM, a white or Hispanic man in long baggy beige shorts walked up to a woman in the 1300 block of Wrightwood, pointed a gun in her face, and demanded her valuables.

In an outstanding piece of police work, 19th district officers became suspicious of a driver during a traffic stop near Roscoe and Ravenswood around 11:20PM. Officers detained the driver after they saw items in the vehicle that matched the proceeds taken in the 1800 block of Roscoe. That victim was able to identify their property in the vehicle.

At the time of this report, the other two victims have been transported to Area North headquarters to see if they are able to identify the offender or their belongings.