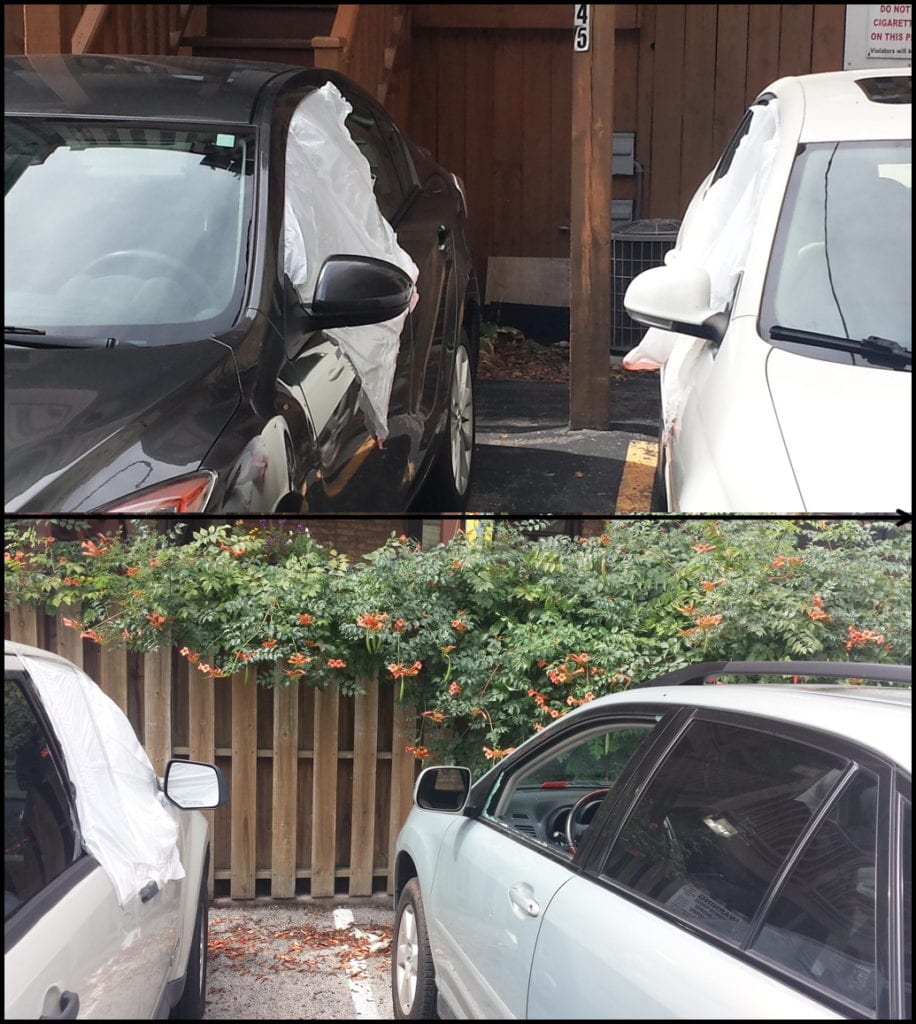 Thieves broke into at least seven cars and stole an eighth car outright on a single block in Lake View Wednesday.

An officer who was called to handle a damage to vehicle call in the 3800 block of Kenmore at 7AM discovered that virtually every car that was parked in the alley between Kenmore and Sheffield had been damaged.

While the officer completed numerous reports for the victims, one particularly unfortunate resident of the 3800 block of Sheffield approached with a sad tale: Someone had broken into his two-car garage overnight. One of the cars had been broken into. The other car had been stolen.

Image: Thieves broke out windows on at least seven cars during the spree, including these four.