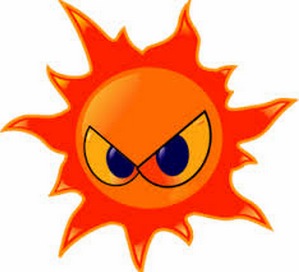 Yet another neighborhood resident was victimized in a daylight robbery on Sunday, at least the sixth daytime attack since last weekend.

Yesterday’s victim told police that two men jumped him behind the 3100 block of Kenmore at 4:45PM and took his backpack and phone.

The suspects are described as two tall, skinny, black men in their 20’s. One of the men wore a black and yellow football jersey. They were last seen running southbound on foot.

Meanwhile, a woman reported being pushed against a wall and robbed by two men in the 400 block of St. James Place in nearby Lincoln Park around 10 o’clock last night.

The victim, who filed a report over the phone, reported that two black men between 19- and 22-years-old were responsible. One was wearing a gray hoodie. Both men were last seen running southbound on Lakeview Avenue.

Reports of daylight muggings and purse snatchings have skyrocketed in our area over the past week while reports of nighttime attacks have dwindled. Among the reports filed:

• Saturday, 4:45PM — Two offenders try to rob a man at Lakeview Taco Fest in the 3500 block of Southport. One is arrested.

• Friday, 2:45PM — Man arrested for stealing a woman’s purse near Cornelia and Marshfield.

• Friday, 11:50AM – Man arrested for stealing a woman’s purse near Waveland and Bosworth.

• Thursday, 12:15PM — Woman knocked to the ground and robbed of her purse near Diversey and Pine Grove.

• Saturday, September 12, 6:15PM — Woman is jumped from behind and robbed of her purse behind her home in the 1300 block of Henderson.

Chicago police issued an alert this weekend that linked the Henderson and Pine Grove robberies. Needless to say, there are plenty of other daytime muggings to go around.