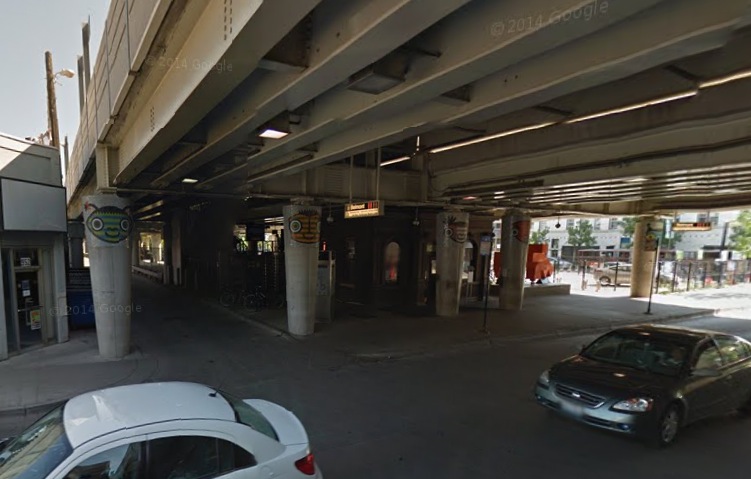 At least six shots were fired near the Belmont Red Line early today, but no one was struck, police report.

Moments after the incident, several people who were partying nearby in Wrigleyville flagged down police to report that a man was flashing a handgun from a van.

Witness accounts of the 2:45AM shooting on Belmont varied, but most witnesses, including a CTA worker, reported that a green or blue minivan with gray stripes fled northbound in the alley parallel to the L tracks after an occupant fired shots.

Ten minutes after the shots rang out, police were flagged down near Clark and Cornelia in Wrigleyville by “a bunch of people” who said that they saw a man holding a gun out of a minivan window.

Officers found the van nearby, but its occupants were gone.

An employee of a business near the Belmont station told CWB Chicago that the shooting incident is believed to be gang-related.

Image: The Belmont CTA station and the northbound alley through which the minivan reportedly fled.