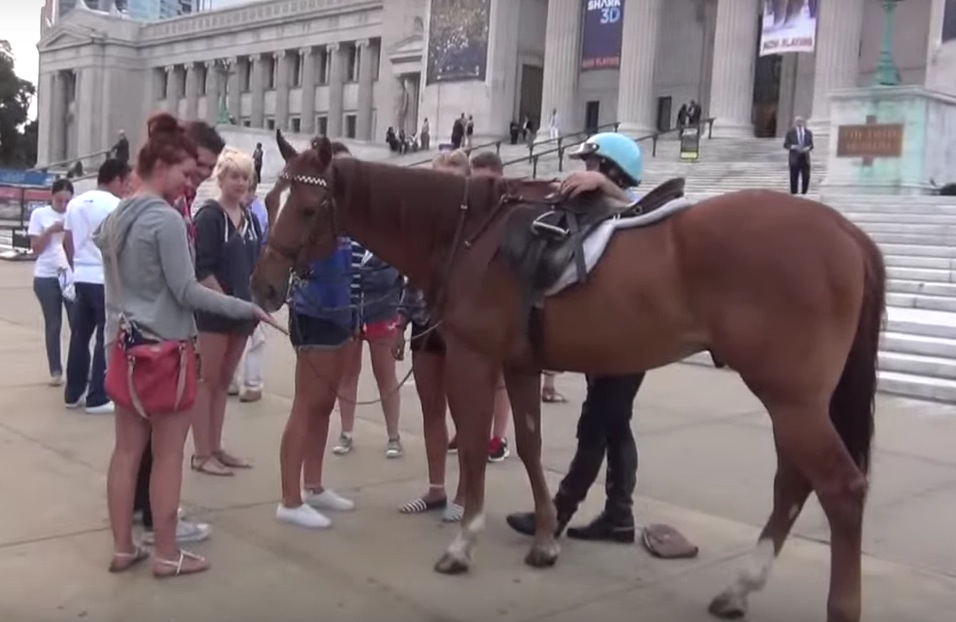 This just in from our court clerk friend:

Three men were arrested and charged with reckless conduct for allegedly battering a Chicago Police Department horse after the August 29 Foo Fighters concert at Wrigley Field.

Brent Tinkham, a 38-year-old attorney who lives in Wrigleyville, and Oscar Ledezma, 38, of Portage Park, are accused in court filings of slapping the horse with their hands.

The horseplay “caused the horse to become startled, jeopardizing the safety of the mounted unit officer and the citizens nearby,” police said.

Image: Airhart at work outside of the Field Museum in 2013 via the Paulick Report