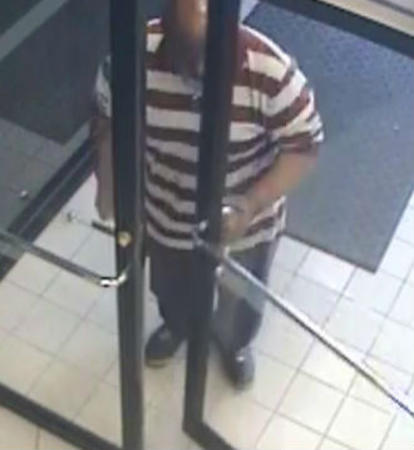 A reportedly “diminished” offender robbed the Citibank branch at 2555 N Clark in nearby Lincoln Park on Saturday morning. No one is in custody.

Bank employees told police that the robber, who appeared to be mentally challenged, implied that he had a weapon as he presented a note to the teller at 10:35AM, then escaped with an envelope full of cash.

The offender is described as a heavyset black man with a cut or scar over his right eye. He stands about 5-feet, 5-inches tall and he wore a puffy polo shirt with white and red stripes.

The FBI’s official description–which was accompanied by one of the least-helpful bank surveillance photos in recent memory–says the offender may be black or Hispanic and he appears to be in his 30’s or 40’s.