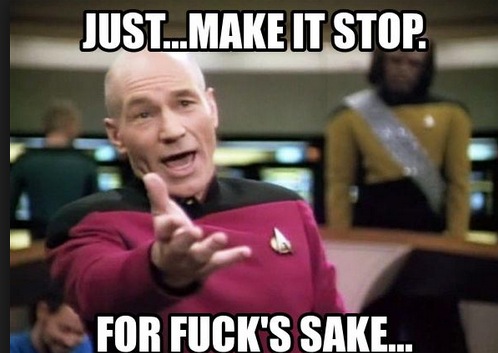 At least five more people have been robbed in our neighborhood since 5:30AM yesterday as an incredible spree of daytime attacks continues. None of the incidents occurred during overnight hours.

The most recent victim was robbed at gunpoint around 5:30 this morning in Wrigleyville.

One of the other victims is a woman who apparently became the latest target of an attacker that police warned about in a community alert last weekend.

Another is a student who was robbed outside of Lake View High School while the fourth was simply holding down the graveyard shift at a 24-hour sandwich shop.

A fifth person is also believed to have been robbed about five minutes after this morning’s armed robbery, but police have yet to locate that potential victim. Here are the details:

Four offenders forced an employee of the 24-hour Subway restaurant at 3021 N. Clark into the store’s bathroom during a robbery at 5:30AM yesterday. The suspects then cleaned out the cash register and fled. According to the victim, the crime was pulled off by three black men and a black woman. Two of the men wore blue jackets.

Chicago police believe that a man who was featured in a weekend community alert struck again at 11:50AM Tuesday behind a children’s clothing store at 3338 N. Ashland.

A man called 911 from the alley there to report that his mother had been attacked and robbed of her purse by a man who fled in a red vehicle. The victim’s Ralph Lauren purse contained an estimated $4,000 cash.

While a previous victim reported that the attacker escaped in a red minivan, police sources have told us that they now believe that the vehicle is actually a red Pontiac Vibe hatchback with a sunroof.

The offender yesterday was described as a black man in his early 20’s. He wore a multi-color shower cap, white pants, and black boots according to a witness.

Investigators now believe that the offender is responsible for at least four attacks on women since September 12.

A teenage boy told police that he was strong arm robbed by three schoolmates outside of Lake View High School in the 1500 block of Irving Park Road around 6:25PM on Tuesday.

He told police that all of the offenders are black males about 16 years of age.

A Wrigleyville woman was robbed at gunpoint about 5:30 this morning near Newport and Racine.

The offender, described as a light-skinned black man in a black hoodie with black pants and blue and black shoes, fled in an unknown direction.

Less than five minutes later, a resident told police that she had just heard someone being robbed outside of her home in the 1300 block of Waveland—about 3 blocks from the first robbery scene.

The resident did not see anything, but she distinctly heard a scuffle and then heard an offender tell someone to “drop everything and start walking.”

Police searched the area, but were unable to locate a victim.

…And One To Grow On

There is one other robbery to report from early this morning.

Police were called to the Dunkin’ Donuts at Halsted and Diversey shortly after 1 o’clock this morning because the staff believed a mentally-disturbed man was refusing to leave their store.

In fact, the man was a robbery victim who had been pepper sprayed and robbed at knifepoint.

The victim was transported to Presence St. Joseph’s Hospital by ambulance.