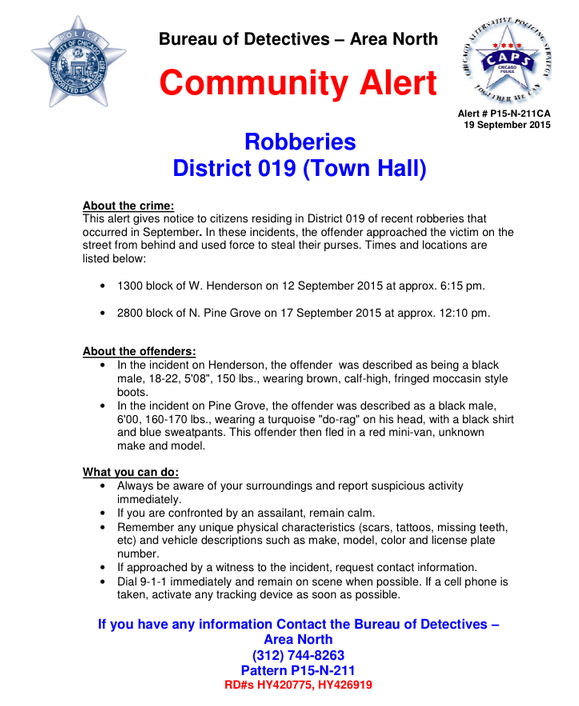 Last Saturday’s 6:15PM robbery of a 60-year-old woman behind her home in the 1300 block of Henderson and Thursday’s 12:10PM robbery of a woman near Diversey and Pine Grove are specifically mentioned in the police announcement.

The offender approached both victims from behind and used force to take their purses. The victim on Henderson reported that the man choked her and covered her mouth.

She described the attacker as a black man between 18- and 22-years-old, about 5’8” tall, 150 pounds. wearing brown calf-high moccasin-style boots.

The victim on Pine Grove described the offender as a black man who stood about 6-feet tall and weighed 160 to 170 pounds and wore a turquoise do-rag with a black shirt and blue sweatpants. He fled in a red minivan.

Both victims were in alleys near their homes when they were attacked according to information gathered independently by CWB Chicago.