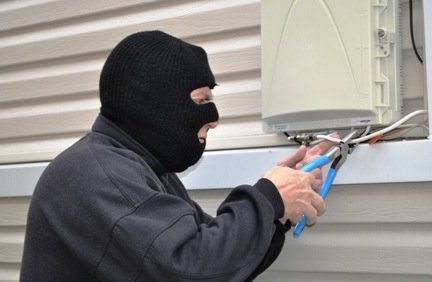 The overnight burglaries of Lake View businesses continue, with a jewelry store, a candy shop, and a gyro stand being the most recent victims.

CWB Chicago has learned that investigators believe the offenders are disabling alarm systems before entering some of the targeted buildings.

The most daring attempt was made at 3:30 Monday morning, when a witness reported hearing loud banging noises and seeing severed phone wires near Detalles Jewelers, 3059 N. Lincoln. What else was present? A white guy in a black jacket and blue jeans wearing a tool belt.

Police responded and made note of a nearby vehicle’s license plate number, but no report was filed.

About 8 hours later, someone reported hearing the jewelry store’s burglar alarm sounding and seeing wires cut at the rear of the store and holes in the store’s drywall.

• Later on Friday morning, a burglary was discovered at Windy City Sweets, 3308 N. Broadway, in Boystown. Once again, force was used to enter the store overnight.

• Last Monday, an attempted break-in was discovered at a pawn shop in the 3100 block of N. Ashland. The offenders failed to make entry, so a criminal damage to property report was filed.

• Also last Monday, a witness reported finding two cash drawers in an alley behind the 1600 block of Belmont. Police soon determined that the cash drawers came from the nearby Boogies Beer and Wine shop, which had its front door busted open overnight.

Man shot in the head across from Chicago Fire production site; no cast on-scene this time