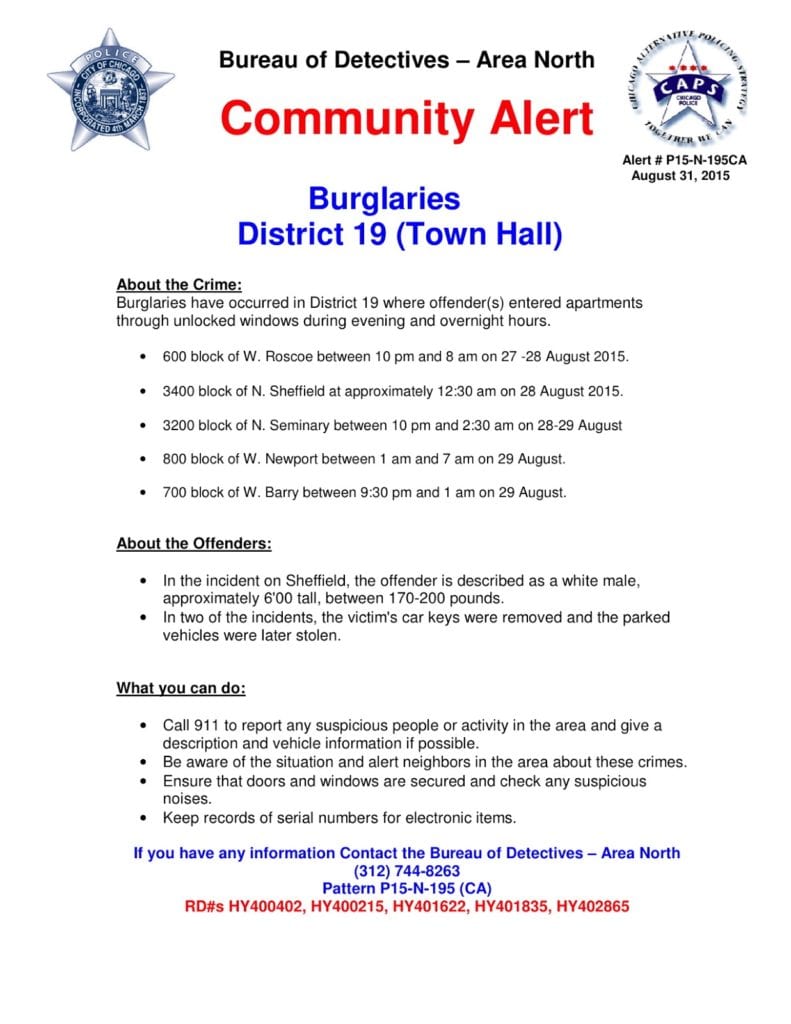 Remember the surge in burglaries that we told you about this weekend?

According to the alert, the offender(s) have been entering apartments through unlocked windows during evening and overnight hours.

Detectives have linked the following break-ins:

A suspect was seen in the Sheffield incident. He’s described as a 6-foot-tall white man who weighs between 170 and 200 pounds. (Sounds like a tight squeeze for some windows that we’ve seen around here.)

Police also confirm CWB’s report that two of the burglary victims also had their cars stolen..

CWB has also learned of two other burglaries in the immediate area:

A resident of the 1300 block of Roscoe came home around 11:30PM Monday and found a door forced open and their home burglarized. A report was filed.

And, Sunday evening, two women returned to their apartment in the 3500 block of North Halsted, only to discover their home had also been ransacked and burglarized.