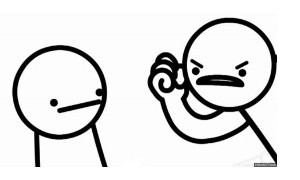 The weekend’s robbery activity is proceeding at a much slower pace than last weekend, but that will be little consolation to these women:

• A Lake View woman was attacked and robbed behind her home in the 1300 block of Henderson yesterday evening.

The victim told police that an offender approached her around 6:15PM, told her to cover her face, and then choked her before fleeing with her brown messenger bag.

She describes her offender as a skinny light-complected black man between 18 and 22 years old. He wore calf-high moccasin-style boots and a dark hat and stood about 5’8″ tall.

The attacker was last seen running westbound in the alley between Henderson and Roscoe.

• A woman’s nose was broken during an attempt robbery in the 3800 block of Sheffield around 10:45PM  Friday. The victim was walking when an unknown man came up to her and punched her in the face. He was unable to take any of her property, police say.

The suspect is described as a 6-foot-tall white man with facial hair. He weighs about 170 pounds and was wearing a light brown t-shirt and dark jeans.

Observant CWB Chicago readers may note that the offender description and the failure to take anything from the victim make this incident sound similar to a series of random attacks on women that we told you about on Tuesday.