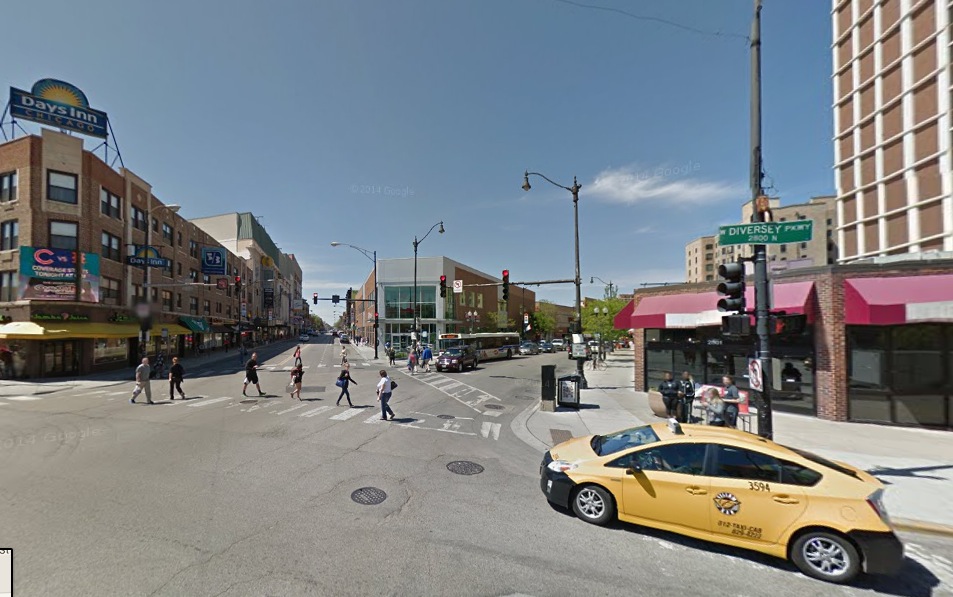 Chicago police are looking for a man who may be responsible for several random daytime attacks on pedestrians in southeast Lake View and Boystown.

Officers began looking for links today after a woman was blindsided and “tackled like a football player” on a sidewalk near Clark and Diversey at 11AM.

The victim, who was with two friends at the time of the attack, slammed her head on the concrete and was taken to St. Joseph’s Hospital by ambulance.

More than 20 people witnessed the random attack and at least two people, including a cab driver, pursued the assailant, who was last seen on Cannon Drive near the Lincoln Park Zoo.

The offender is described as a white man between 35 and 40 years old with short blond hair and a beard. He was wearing a blue shirt with a logo and blue jeans. Robbery does not appear to be the motive because the offender did not attempt to take the victim’s purse or valuables after tackling her.

While police have yet to officially connect other incidents with today’s attack, CWB Chicago editors are aware of several recent incidents with similar-sounding circumstances:

• At 7:09AM on August 20th, a woman who was walking her dog at Wellington and Lake Shore Drive reported that a man walked up to her, slapped her, and claimed to have a knife. The offender was described as a white man in a blue shirt and blue pants who carried a blue back pack. A battery report was filed.

• Less than 20 minutes later, a woman reported that a man attacked her in what she believed to be a robbery attempt at Barry and Sheridan. She described the offender as a white man in his late 30’s 5’10” tall, 170 pounds, with blond hair. He was wearing a blue shirt and blue or green shorts.

Her call for help did not generate an immediate police response because 911 operators, following Chicago Police Department guidelines, determined that her report should be filed over the phone since the offender had left the scene.

• At 3:47PM on August 24, a 54-year-old man was struck twice in the back of the head with a brick during what police described as a “completely unprovoked” attack at Roscoe and Lake Shore Drive. The offender was described as a shirtless white man with a beard.

• Sunday evening at 9:19PM, a Boystown woman told police that a 5’10” white man threatened to slash her throat and kill her boyfriend on the street at Buckingham and Broadway. No report was filed.

Employees at St. Joseph’s today told police that they had seen one or two other patients over the weekend who had been randomly attacked near the hospital. Officers were able to locate calls for service in at least two cases, but details were slim as no reports had been filed in either case.