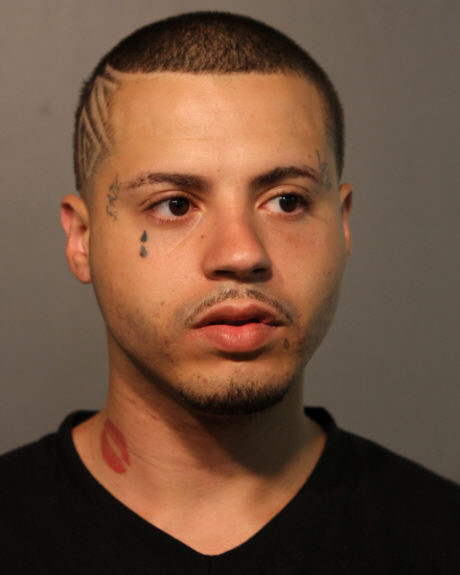 A convicted violent felon, on parole for just six weeks, has been charged in connection with three armed robberies reported last night in Lakeview, Lincoln Park, and North Center.

26-year-old Jonathan Alvarado of the 2900 block of N Naragansett in the Belmont Cragin neighborhood is charged with three counts of robbery with a firearm and marijuana possession.

The robberies allegedly took place between 10:40PM and 11:10PM last night near Southport and Henderson in Lakeview; at Wrightwood and Lakewood in Lincoln Park, and the 1800 block of W Roscoe in North Center.

As CWB Chicago reported exclusively this morning, Alvarado was detained after police became suspicious of him during a traffic stop near Roscoe and Ravenswood at 11:20PM Monday.

He was paroled on August 14.