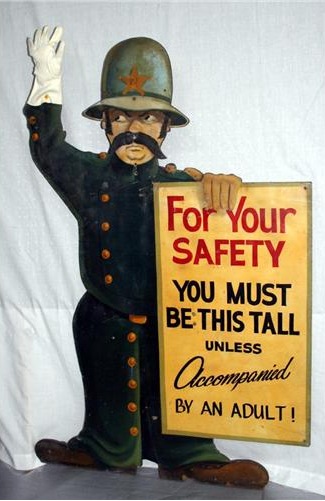 Update: It seems like he has struck again since we posted this story, although the target is in Lakeview this time.

The offender was described as a 5-foot, 3-inch Hispanic man in his mid-30’s. He displayed a black handgun and fled with about $350 cash.A rather short man with a gun seems to be targeting stores in North Center and Lincoln Square, according to recent police reports.
————————–
At 12:20PM Thursday, the 7-Eleven store at 3801 N Western was robbed at gunpoint by an offender who escaped with about $200 cash. The robber is described as a Hispanic man in his mid-30’s who stands about 5-feet, 3-inches tall. He was wearing a cap, tan cargo shorts, and white gym shoes.

A similarly-described man reportedly robbed the Payless Shoes store at 4772 N Lincoln at gunpoint around 10AM on Monday morning.  The offender, described as a 40-year-old Hispanic man who stands about 5-feet, 3-inches tall with an average build and no facial hair, fled with about $200 cash.