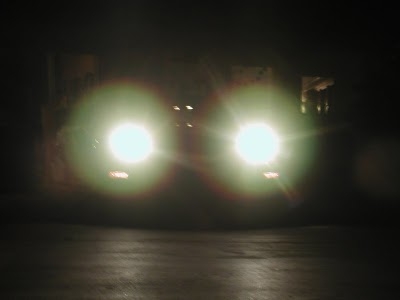 Chicago police believe that one prolific crew is responsible for at least five armed robberies in Lake View and Lincoln Park over the past week.

The team of two or three black men and one black woman have a gun, a dark sedan, and they aren’t afraid to rob two people at once—or even strike twice in one night.

Cops believe the team’s most recent hold-up came at 12:30 this morning near Clark and Fullerton.

According to police, two men and one woman in a black sedan pulled a gun and a knife on two people at Orchard and Kemper. They took $400, phones, and wallets from the victims and were last seen driving northbound on Orchard.

• At 8:10PM, a woman was robbed at gunpoint near Clybourn and Terra Cotta by two black men who ordered her to turn around and took her purse. They threatened to kill her if she did not give them the password to her phone.

The two men had emerged from the back seat of a 4-door older sedan that had a third person driving. One of men who got out was tall, slim, and had dreadlocks.

• At 9:44PM, a man was robbed at gunpoint on Altgeld between Lincoln and Halsted. The two offenders approached him from behind and took his ID and a whopping $5. They then fled westbound in a midsize black sedan. One offender wore a red hoodie and the other wore a gray hoodie.

The crew is also suspected in at least one of the eight robberies that were reported in our neighborhood last weekend. As we reported on Saturday morning:

At 10:08PM Friday night, two Edgewater residents were robbed at gunpoint in the 1000 block of W. Belmont. According to the victims, the hold-up was committed by four individuals in a dark sedan, one of whom had a black semi-automatic handgun.

The four offenders were black—three males and one female. One of the men has short dreadlocks, stands about 5’7″ tall, and was wearing a white tee shirt and jeans.

They were last seen driving southbound on Kenmore.

Police believe [the] robbery is related to another hold-up that took place near Clark and Fullerton at 4AM Friday.

In that case, a couple walked into a nearby 7-Eleven to report that offenders in a dark sedan pulled up, produced a gun, and took their wallets and a Samsung S4. The offenders fled in the vehicle, which was occupied by two black men and one black woman.

The woman had short hair and was wearing a white t-shirt with jeans.