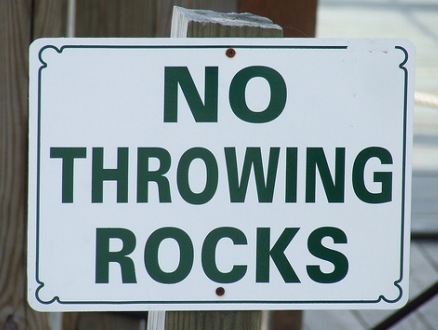 Two local cell phone stores and a burrito shop were targeted in apparent burglaries early Friday morning. No one is in custody.

3:03AM—Police responding to a burglar alarm at a cell phone store in the 2800 block of Broadway found that someone had thrown bags of salt through the front glass. Police are waiting for store managers to determine if anything has been taken.

5:30AM—Police responding to an alarm at Verizon Wireless, 1022 W. Belmont, find that burglars threw a rock through the front door. The same store was burglarized in exactly the same way one year and two days ago. (Case HY427880)

5:45AM—Responding to an alarm, police find the front glass broken at Soundz Good Audio, 3447 N. Western. Gates are in place and police did not immediately believe that anyone had entered the business.