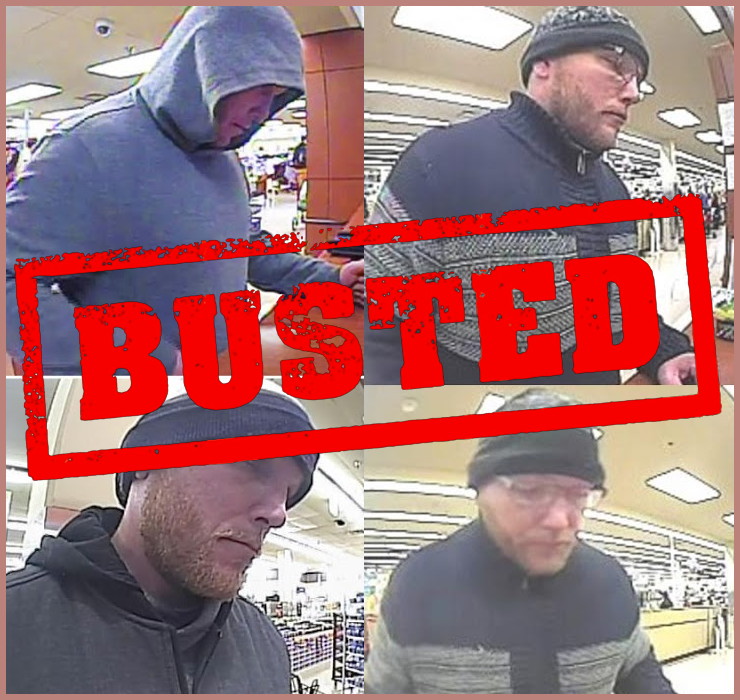 UPDATE 2
May 1, 2017— OK. Now he’s charged with bank robbery…but not before he held up yet another branch. Story here.
———-
UPDATE 1: The suspect was set free after the FBI told Chicago police to “only pursue local charges” unrelated to the bank robberies, according to court documents.

Unfortunately for the look-alike, cops say he was carrying drug paraphernalia when they stopped him. So, he has that to deal with.

Stay tuned on this one.
————-
The man wanted for robbing three North Side TCF Banks in three weeks is now in custody, according to a law enforcement source who spoke with CWBChicago under the condition of anonymity.

A “concerned citizen” called 911 just before midnight last night to report seeing a man who looked like the bank robber walking near the BP station at Irving Park Road and Broadway.

Cops followed up and stopped the suspect moments later in the 3900 block of North Broadway, the source said.

Police have suspected that the bank robber lives in the Wrigleyville area since he held-up the TCF Bank inside of Boystown’s Jewel-Osco store at 3531 North Broadway last Friday afternoon.

The suspect fled from the store and jumped into a taxi cab, witnesses said. Cops caught up with the taxi cab moments later—but not before the robber got out near Fremont and Grace, the source said. That intersection is less than two blocks from where the suspect was arrested early today.

According to the FBI, the robber has held up three TCF banks located within Jewel-Osco stores since March 24.

In addition to the Boystown job, he is suspected of robbing a branch at 2940 North Ashland on March 30 and at 4355 North Sheridan on March 24.

We are withholding the man’s name because charges have not yet been approved.