The operators of Chicago’s Divvy bike share program have conducted their annual inventory of the system’s ubiquitous blue bicycles. But the true extent of this summer’s widespread theft of bikes from docking stations may not be known for another year due to a stipulation in the company’s agreement with the city. And, reporting by the Chicago Reader has revealed that the Divvy theft crisis was enabled by a decision to remove a security device from the system’s docking stations.

Divvy told the city this month that, as of Oct. 1st, 43 of the system’s 6,294 bikes were missing for more than six months and another 55 bikes were “untracked.” Eleven more bikes were retired from service due to irreparable frame damage. That’s all according to city documents secured by CWBChicago via a Freedom of Information Act Request.

But there’s a catch. 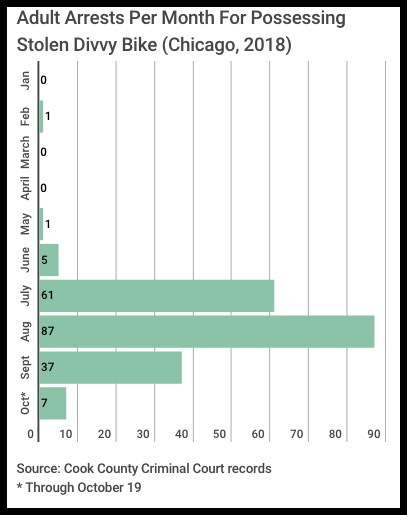 Divvy’s widespread theft problem did not start taking root until mid-June and the thefts peaked in August, according to Chicago Police Department reports and court filings reviewed by CWBChicago.

The next contractually- required inventory of Divvy bikes will take place on Oct. 1st of next year.

Of the 109 replacement bikes to be purchased in the year ahead, Motivate will pay for 49; bike and docking station manufacturer PBSC Urban Solutions will pay for 55; the City of Chicago Department of Transportation (CDOT) will pay for four, and the City of Evanston will purchase one. The bikes cost $1,200 each, according to Motivate.

It is not clear if the city will ultimately shell out more money for lost and stolen bikes as it reimburses Motivate for a percentage of bike system’s annual operating losses.

As recently as August 26th “over 500” Divvy bikes were missing, according to an email between PBSC and CDOT, the Chicago Reader reported. “We only have seven bikes missing for a long period within all our systems around the world,” PBSC’s CEO wrote, “The number is over 500 in Chicago alone!”

CWBChicago first reported the Divvy theft problem on July 12th. Thieves, we said, had learned how to remove supposedly-locked bikes from the system’s docking station. One of our own editors had seen the theft technique being used twice in a week. There were multiple reports of criminals using Divvy bikes while committing robberies and even pedal-by shootings in the Loop and Old Town.

How did a years-old bike sharing system suddenly become susceptible to thieves? According to the Reader, someone either at Divvy or the city decided to remove a small piece of security hardware from the docking stations because people were complaining that it was too difficult to dock the system’s bikes.

Now that Divvy has largely replaced the critical hardware that it unwisely removed, we will finally share with you the incredibly simple way that hundreds of people stole the city’s bike share rides this summer. Given the significant drop in Divvy bike theft arrests this month and Divvy’s assurances that replacement of the missing hardware is ahead of schedule, we’re making the judgment call that public knowledge of the technique is now more likely to do good by raising awareness of criminal activity than it is likely to result in additional thefts.

How The Thieves Did It

In these photos, previously published by CWBChicago in edited form to prevent disclosure of the theft technique, people are seen “riding” Divvy bikes to defeat the dock’s locking mechanism. 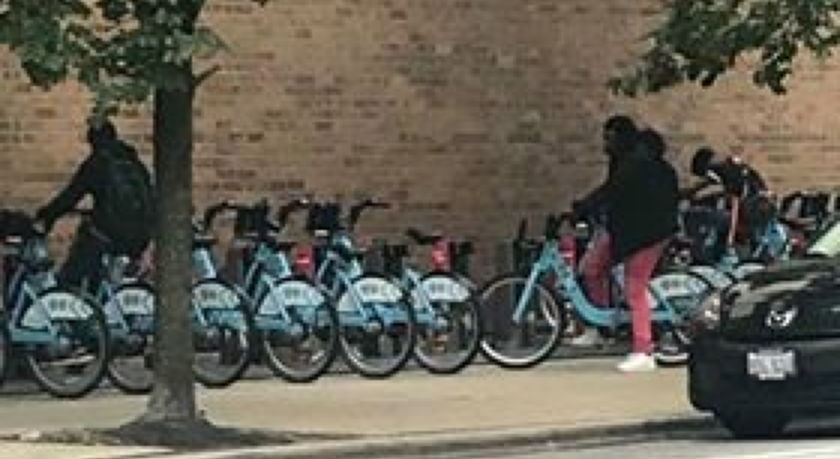 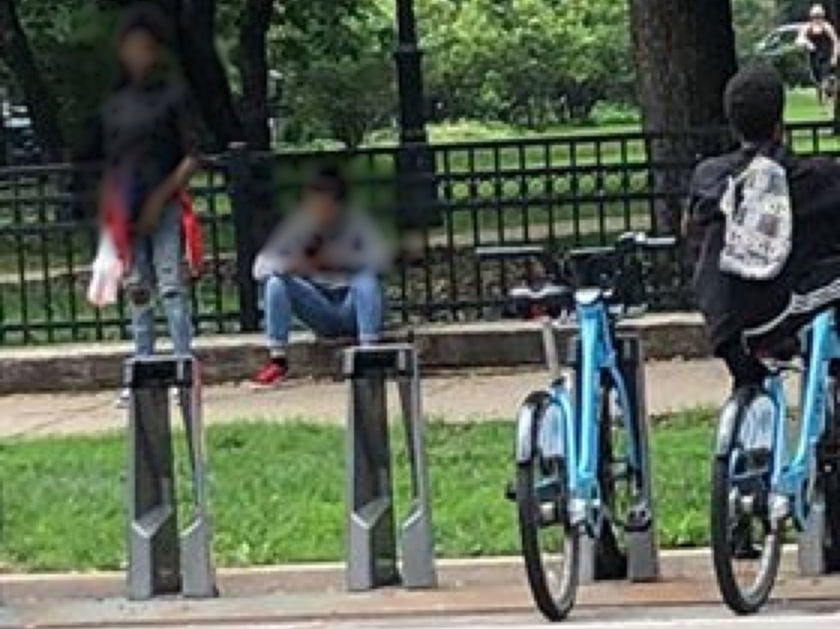 The following video, provided to CWBChicago by an Andersonville reader last month, shows a teenager mounting a docked Divvy bike. He then begins pedaling the docked bicycle backward while shaking its handlebars. What you see in the video is the exact technique used across the city to unlock hundreds of Divvy bikes this summer. But it looks like Divvy managed to replace the parts on this particular bike station before the video was filmed. This blue bike remains locked. But the youngster is not undeterred. As the video ends, he dismounts, checks another bike to see if it’s securely docked, and then mounts another Divvy to try his luck. We’re told the second attempt also failed.

Video not loading? Click here.
More than 200 adults have been arrested for possessing stolen Divvy bikes in Chicago since mid-June, according to court record research by CWBChicago. In our next report, we will tell you more about the accused individuals and their days in court.

—————–
Our exclusive reporting is 100% reader-funded. Please make a contribution to our operating fund or purchase a subscription today.