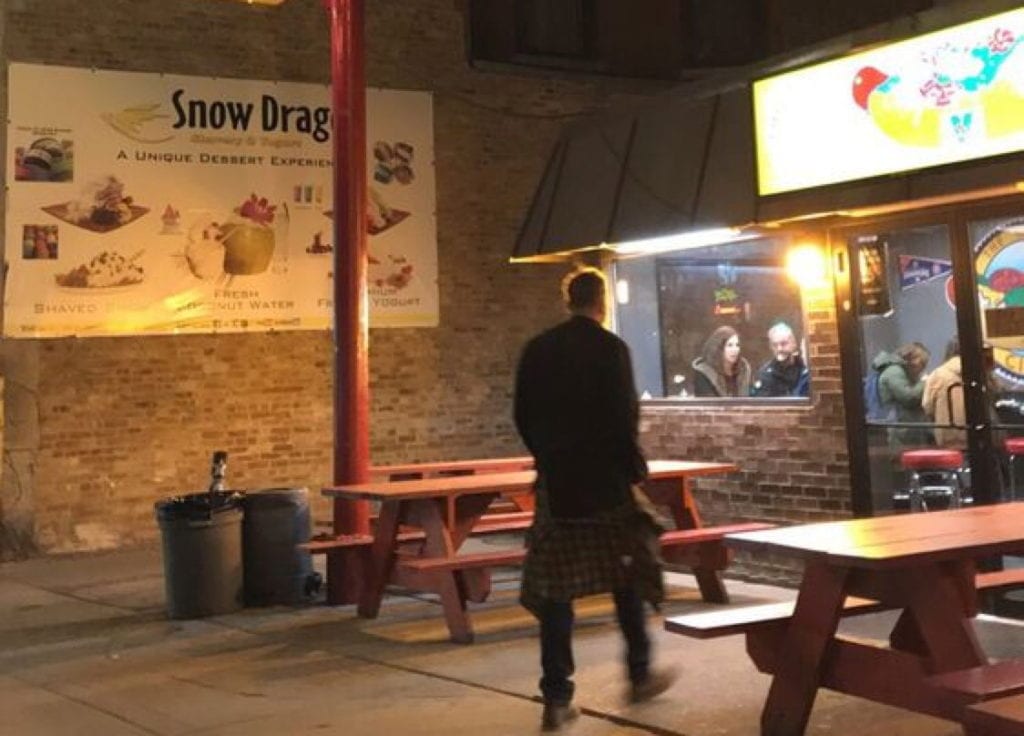 The Wiener’s Circle, the infamous late-night hot dog stand in Lincoln Park, has fallen victim to overnight burglars who’ve been targeting North Side businesses since autumn.

An employee of the restaurant, 2622 North Clark, discovered the break-in when they arrived to open for business on Sunday morning.

Molly’s Cupcakes, another popular business just one block away, was similarly burglarized on Nov. 27th.

Typically, the burglars are forcing their way into businesses by breaking through front glass doors or prying open rear doors, police have said. Electronics and small amounts of cash that are left in registers for the opening crew are the primary targets.

Among the other businesses that have fallen victim since our last report on the crime pattern:

The suspect in the Taqueria Ranchito incident was described as male, black, 5’10” to 6-feet tall, dressed in all black. He encountered staff members when he broke into the restaurant around 5:15 a.m.

Back on Dec. 13th, we told you that an Akira store in the 100 block of South State Street had been burglarized of merchandise twice in the previous week. Guess what? It’s been burglarized two more times.

As in the previous burglaries, a man broke through the revolving door on New Year’s Day. After he left the store, another thief saw the unsecured store and decided to take advantage of the situation by crawling in and stealing an armload of merchandise for himself. No arrests have been made.

Late night burglars keep slamming North Side businesses
—————–
Back CWB’s reporting team and we’ll reward you with members-only reports and services all year long. Join HERE for just $49 a year or $5 a month.