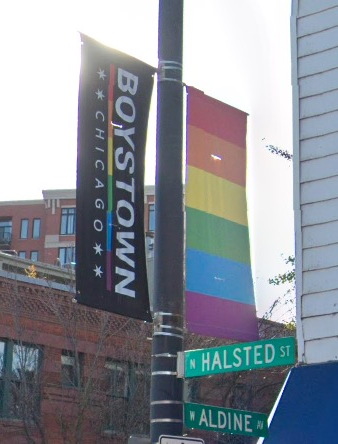 UPDATE 1 —The events continued later in the evening. Story here.

UPDATE 2 — Charges filed. Story here.
———
A Lakeview man is refusing to pursue criminal charges after being repeatedly struck in the head with a hammer Friday evening by a man he met through an online dating app, police said.

Neighbors called police to the 600 block of West Aldine after the victim, 47, was struck repeatedly with the tool during an altercation inside his home around 6:35 p.m.

Police said they found a bloody hammer as well as blood on the apartment walls and throughout a bedroom where the incident took place.

The victim was transported to Advocate Illinois Masonic Medical Center with multiple “indentations of the cranium,” according to an officer.

Two hours after the attack, the victim told police that he no longer wanted police assistance and he did not want to pursue criminal charges against the offender, according to a CPD spokesperson. Police canceled evidence technician processing of the crime scene after the victim’s decision.

The attacker, a black male who stands about 6’1” tall wearing red athletic gear, was last seen walking northbound on Halsted Street from Aldine, according to a witness.