Bars and restaurants across Chicago may soon be free from COVID operating restrictions with bigger crowds and last call stretching into the early morning hours. And the scammers, thieves, and other criminals who thrive on the city’s nightlife scene will be back, too.

In preparation for that, Chicago police and a major consumer protection group are preparing to launch a campaign to warn bar-goers about organized thieves who drug people in nightlife hotspots and then take their money, jewelry, and other valuables.

Last October, CWBChicago broke the news when Cook County prosecutors accused two Milwaukee women of stealing over $85,000 and stealing identities of at least ten men after meeting the alleged victims in downtown bars and drugging them.

In March, we reported that another woman, also from Milwaukee, was charged with doing the same thing to men she met at bars in River North, Old Town, the Rivers Casino, and elsewhere. Investigators say she has links to the first two women.

And just a couple of weeks ago, Florida prosecutors charged a woman with running an identical enterprise that targeted men at bars across Miami-Dade County. According to a source, the women charged in Chicago frequented South Florida.

While each crime’s specifics vary, the women charged in Chicago typically offered each victim alcohol laced with a knock-out drug that rendered the men unconscious almost immediately, according to a Cook County prosecutor.

CPD surveillance cameras allegedly recorded footage of the first two women literally carrying an unconscious nightclub employee from a River North bar to their car, where they proceeded to remove his valuables. Chicago police and deputy marshals, who had the women under surveillance for days, arrested them at the scene.

After the women were taken into custody, police found “many small vials of alcohol opened and filled to the top” in their car, prosecutors said. Investigators found traces of an antipsychotic on the rims of some bottles, according to court records.

Some of their victims regained consciousness while lying on the side of roads. Others awakened inside their own homes, while one was found at the Lake Forest oasis off Interstate 94, prosecutors said. After CWBChicago wrote about the scam in October, more than a half-dozen men wrote in to say the women also targeted them.

“I was at a bar in the Gold Coast, and I ordered a drink from the bar. It was my first drink of the night, and the next thing I know, I was standing inside a gas station in River North at 10 o’clock the next morning,” one of them wrote.

This man said he also had his phone, cash, watch, credit and debit cards taken. His shirt was gone, too.

“I looked in my bank account and credit card account, and they drained them.” As time went on, he started to remember snippets of what happened, he said.

In October, the third woman was accused of meeting a man at a bar at Rivers Casino and then rendezvousing with him at his Lincoln Park home.

The alleged victim told police he doesn’t know what happened after he walked Davisha Traylor into his home because he thinks some kind of drug knocked him out. When he woke up, his iPhone and credit cards were missing, and someone had been using his Uber account to ride around.

Surveillance video shows Traylor entering the man’s home, prosecutors said, and no one else went inside between the time he arrived and the time he noticed his things missing.

Police also found surveillance video of Traylor racking up $1,661 in charges on the man’s credit cards at a Milwaukee-area Walmart and other stores, prosecutors said. The alleged victim identified her in a photo line-up.

At the time of the Rivers Casino incident, Traylor was on bond for another set of identity theft cases that involved men she allegedly met at bars in River North, Old Town, and elsewhere in 2018 and 2020.

She had been jailed awaiting trial until COVID struck. That’s when a judge let her out, fearing she might catch the disease inside Cook County jail. But COVID fears didn’t keep her from bellying up to a casino bar and robbing strangers in their homes, according to prosecutors. 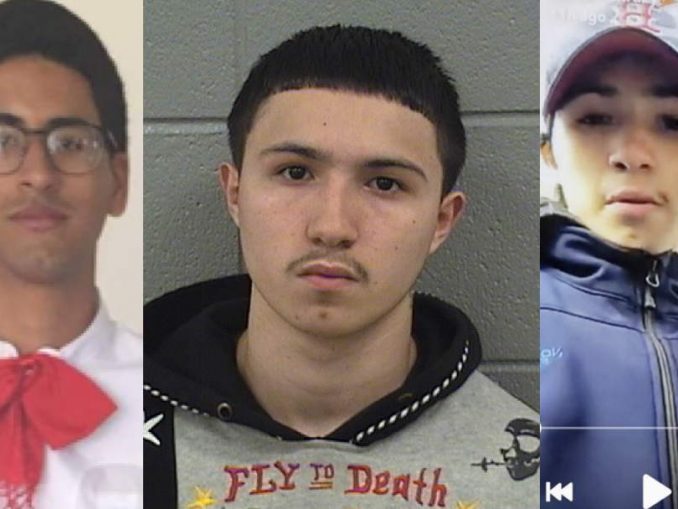