Shortly after 5 p.m., Nielsen pulled his red pickup truck into an alley near the 2900 block of West Logan and stopped to speak with a man who was watering flowers, Assistant State’s Attorney Lorraine Scaduto said.

The man said Nielsen asked him how long he had lived in the area. When the man said he’d been there about 20 years, Nielsen said he had been in the area about the same amount of time. He then told the man he was “annoyed by the yuppies on the boulevard” who were out with their dogs and told him, “watch what I’m going to do,” Scaduto said.

Less than 30 seconds later, the man heard yelling and screaming nearby and ran out to see “chaos unfolding,” according to Scaduto.

After driving away from the man who was watering plants, Nielsen pulled his truck next to a group of people who were having a birthday celebration picnic in the parkway on Logan Boulevard, Scaduto said. Nielsen allegedly complained about the group’s dogs and became hostile as the picnickers told him to leave the area.

Instead, Nielsen backed up and turned his “several ton” truck toward the group, Scadutto continued. After briefly becoming stuck at the curb, Nielsen accelerated onto the grass, and toward the party, Scaduto said. He allegedly ran over the victims’ bikes, chairs, and a YETI cooler that became jammed under the truck and stopped the Ford F150 from advancing.

One woman became trapped under the truck, she said. A second victim suffered minor injuries when the truck struck them as they tried to get out of its path, Scaduto continued. Two other alleged victims successfully ran out of the way.

When members of the group yelled at Nielsen that a woman was trapped under his truck, he continued to try to accelerate — but his efforts were foiled by the YETI cooler, Scaduto said.

“But for that YETI cooler…this may be a very different case,” Scaduto said.

A woman who was driving past the scene got out of her car, turned off Nielsen’s truck, took his keys, and grabbed a knife that Nielsen allegedly swung at group members who tried to pull him from the driver’s seat, according to Scaduto.

Nielsen has a violent past. In 1989, he and another offender kidnapped a man at gunpoint from the victim’s home while posing as police officers, Scaduto said. They took the man to a garage, beat him, and held him for ransom. Nielsen eventually received a four-year sentence in that case.

He later pleaded guilty to a federal extortion case in 2001. According to a contemporaneous Chicago Tribune report, Nielsen was accused of crushing a glass into the face of an escort service operator who owed his brother money for a “juice” loan. Nielsen’s defense attorneys at the time argued that Nielsen was a former drug addict who had turned his life around in the six years since the alleged attack, the report said.

In 2012, a judge sentenced Nielsen to three years for retail theft, Scaduto said.

The woman who became pinned under the truck was treated for her injuries and has since been released. 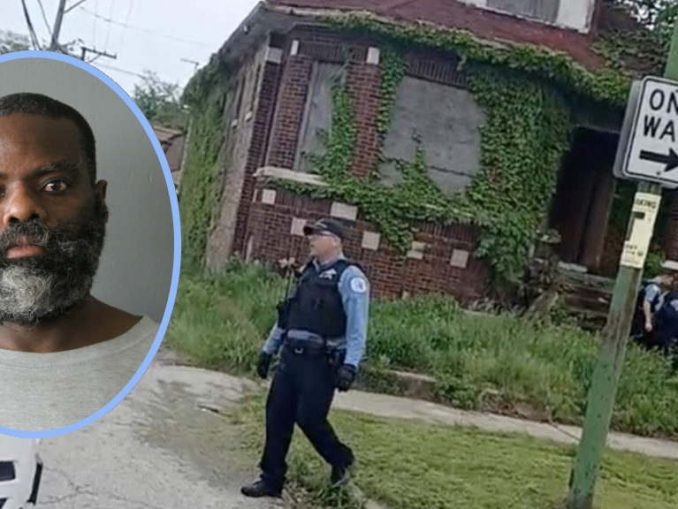