An 18-time convicted felon is charged with stabbing an acquaintance to death on the Blue Line downtown Monday evening. Prosecutors said Travis Cook, 53, repeatedly stabbed and slashed 43-year-old Nicholas Osthimer as their train traveled between the Clinton and LaSalle stations around 10:30 p.m.

Various video footage shows Cook wearing a sweatshirt with the words “Pink” and Runtz” written on its front as he and Osthimer traveled together in the hours before the murder, Assistant State’s Attorney Danny Hanichak said. The men were seen together at a liquor store as well as on the CTA, according to Hanichak.

Video from the Blue Line shows Cook apparently sleeping on the train across from Osthimer, who stands up and takes something from Cook’s pocket, Hanichak said. Cook wakes up, yells at him, then allegedly pulls a knife and beings stabbing and slashing Osthimer.

Hanichak said the train footage shows Cook continuing to stab and slash Osthimer while standing over him. Osthimer died from multiple cuts and stab wounds to his neck, chest, and rib area, according to Hanichak.

Another CTA passenger saw Osthimer’s body and summoned help as Cook allegedly made his escape.

Cook went to Stroger Hospital for treatment of an unrelated medical issue on Tuesday evening and a staff member recognized him from a police bulletin that included pictures of the CTA assailant, Hanichak said. When CPD arrested Cook at the hospital, he was wearing the same pants he wore at the time of the murder and he had the “Pink Runtz” sweatshirt, too, according to Hanichak.

At the time of the attack Cook was wanted on an arrest warrant for failing to appear for a misdemeanor retail theft case in the suburbs. His 18 felony convictions dating back to 1986 include a 2013 aggravated robbery, a 1991 armed robbery, and a variety of burglary, residential burglary, narcotics, and stolen car cases, Hanichak said.

Cook’s assistant public defender said he is homeless and 61-years-old, eight years older than the age given by CPD. The lawyer said Cook has been trying to start a landscaping business. 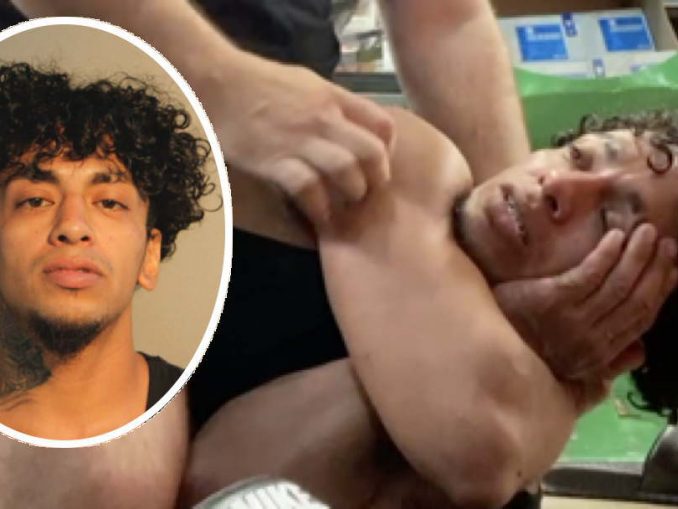 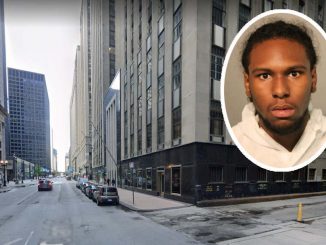