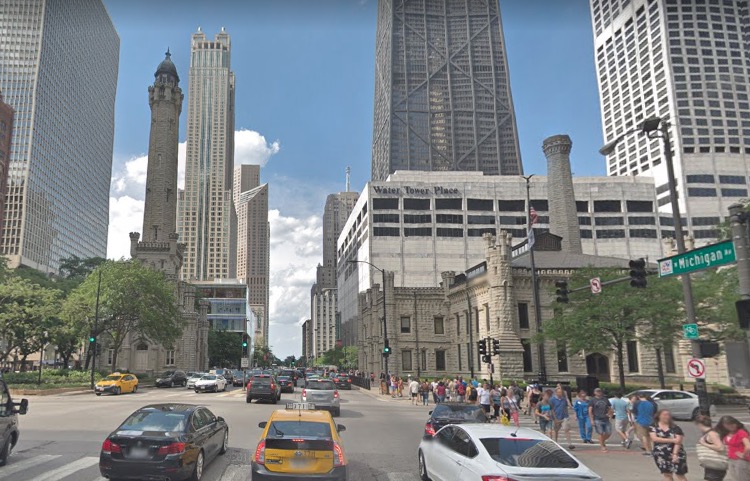 Chicago police on Monday said 21 people were arrested Saturday around the River North and Magnificent Mile neighborhoods in the first “mob” activity of 2019. The high arrest count is the result of a new, less-tolerant approach by police assigned to handle “large group” incidents in the downtown area.

Police said several groups, comprised mostly of juveniles, were given “direct orders” to disperse from the downtown area on Saturday after causing disturbances by disrupting traffic and fighting, a CPD spokesperson said.

Individuals who failed to disperse were taken into custody, according to the department. A CPD source said one arrestee was only 11-years-old and a 15-year-old girl was arrested for trying to punch a police officer.

The first indications of trouble on Saturday came around 1 p.m. when police noticed a large group of teens traveling north on a Red Line train at Cermak.

By 5 p.m. teens were bothering customers at shops near Michigan and Chicago Avenues. A yogurt store manager called for help with a crowd of “25 to 30” teens that had raided their store.

Police began making arrests along Chicago Avenue shortly thereafter. One teen brandished a BB gun that looked like a “regular” handgun. He was detained by police.

A second CPD source said the arrests were part of a new policing strategy that calls for officers to apply a firmer hand to non-compliant mobs. Last year, police executives chose to take the path of least resistance by minimizing arrests and coaxing the massive groups back on to Red Line trains bound for the South Side.

The tactic of pushing wild groups of teens onto subway platforms and trains filled with unsuspecting citizens resulted in several innocent persons being attacked and even robbed by the mobs in CTA tunnels and trains.

Officers this year will move more quickly to make arrests to send a message to the mobs and to reduce violent outbreaks, the source said.

Saturday’s incidents—euphemistically referred to by city officials as “large groups”—were the first widespread mob activity in the tourist-rich areas of Chicago since four people were battered and one arrest was made on Dec. 29th.

Additional arrests were later made after video surfaced of a group of offenders beating a man at the Chicago-State Red Line station.

Less than a week later, Water Tower Place announced that it would require “adult supervision” for “youths 17 and under” on Fridays and Saturdays, effective immediately.

Other mob incidents were reported in the area throughout 2018 including on Nov. 23rd when a U.S. Army soldier was beaten and robbed at the Chicago-State Red Line station;  May 6th when up to 300 juveniles were reportedly involved in mob action that included several robberies and attacks on tourists; and May 26th when at least 19 arrests were made after a series of attacks along the Mag Mile were captured on video.