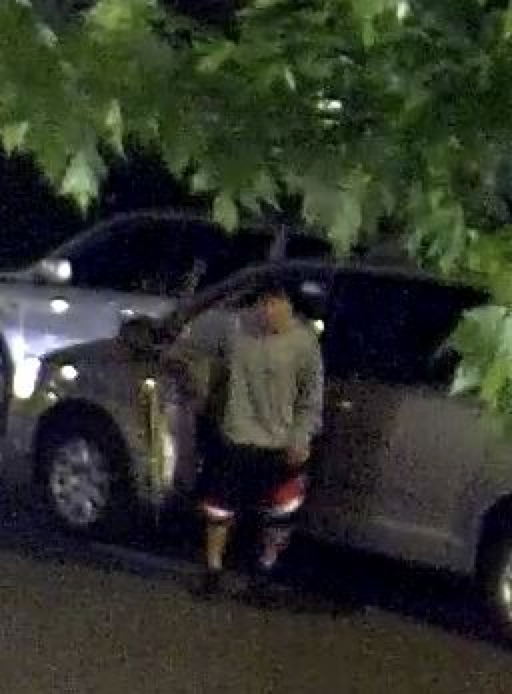 Police today released images of a suspect who’s being sought in connection with the sexual abuse of a DePaul University student near the school’s Lincoln Park campus on May 24th.

The victim was walking north in the 2400 block of North Sheffield around 1:45 a.m. when the man approached her from behind and touched her inappropriately, police said. The offender then fled north on Sheffield.

He is described as a man in his mid-20’s who stands about 5’10” tall and has a small build. He has black hair, could be Asian and was wearing a gray sweatshirt with black shorts, police said.

Police have now issued these images that show the suspect and his vehicle near the scene of the crime.

Separate from this case is a series of three incidents in which women have been sexually abused or assaulted while walking in the same general area of Lincoln Park.

—————–
Will you help us recover the costs of operating CWBChicago? You can make a contribution or purchase a subscription HERE.
———-
Email      Facebook       Twitter       YouTube
About CWBChicago 4363 Articles
CWBChicago was created in 2013 by five residents of Wrigleyville and Boystown who had grown disheartened with inaccurate information that was being provided at local Community Policing (CAPS) meetings. Our coverage area has expanded since then to cover Lincoln Park, River North, The Loop, Uptown, and other North Side Areas. But our mission remains unchanged: To provide original public safety reporting with better context and greater detail than mainstream media outlets.
Website Facebook Twitter YouTube